She should have stayed in the broken car. Or, more to the point, not wake up at all. But why would she have wasted her last night in New York City sleeping when she thought she had a transatlantic flight ahead of her?

Eight hours of uninterrupted sleep. Sky was infamous for drifting off in the weirdest places and the most impossible positions. Tourist class, no leg room, screaming babies?


Bring it on. Now she was stuck in the middle of nowhere, sleep-deprived, knee-deep in snow, freezing her butt off, and probably catching the mother of all flus. Where the heck was Minnesota? She was an East Coast person through and through. That had been traumatic enough, thank you very much.

She glanced around. It was beautiful, though. Perfect snowflakes poured out of the sky, blanketing the whole landscape in white. Very… Christmassy. Her hair and makeup were ruined. Hansel and Gretel dropped bread crumbs. She was dropping fake nails all over the place.

Damn the countryside. Not a single soul around to ask for directions. Where were aggressive taxi drivers when one needed them? Rude walkers, honking cars, hotdog vendors, a Starbucks on every corner—there was nothing like that here. No landmarks she would recognize. Just snow, trees, and a back road, poorly delineated and with worse signage, all of it getting fuzzier by the second. And that was the view in the middle of the day. She shuddered to think how all this would look when it started getting dark. Were there wolves in Minnesota? Because if her high-heeled boots were shit walking in the snow, just wait until she had to climb a tree.

Sky was about to toss the cell up again, but she stopped. Who was she kidding? She might as well put her phone to better use before the battery died or it got buried in the snow, Fargo style, until the end of time. She pressed the recording function and started talking.

This message is addressed to my sister Lola. Damn your presbyopia! Yes, you need glasses. To vent her frustration, if nothing else. Big red flag if Sky ever saw one. Why would she? Public transportation was a far better option in European cities. 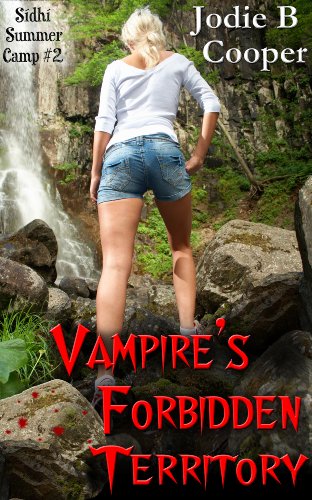 The secretary had sounded confused. Any preferences? So she went for broke. Besides, parking would be at a premium in Paris. Which she would have. In a heartbeat. Not because of the car, but because she had thought she was going to Paris, France. Not Paris, Minnesota. Who in her right mind would choose an internship in Minnesota when Europe was available? Sky Gonzalez, apparently. Entering the semester-abroad program had been an ill-omened idea.

Making ends meet, a big smile on her face, happy and satisfied with her lot. But traveling to Europe in the hopes of becoming a buyer for a classy continental retailer? Not in the cards for a Gonzalez. Sky blew warm air over her frozen fingers. Time to fish them out, or she was going to lose more than her nails. Rummaging in her pockets produced only one mitten. Oh, shit.

She must have dropped the other one. Getting better and better. Her teeth were chattering. She pressed Record again and spoke into the phone.

To hell with your allergies. Ungrateful mutt. The expensive doggie treats he likes. His massage and spa days. The whole shebang, Lola. Do not cut corners with my baby. You owe me. It sounded like brakes locking. She turned around in time to see the shiny grill of a black monster truck barreling her way. Her eyes opened wide. Holy shit.

Jesus Christ. Who in her right mind wore white from head to toe in a blizzard? The truck screeched to a halt, the passenger side a mere half an inch from the woman. He jumped down and ran around the front. She had fallen to the ground. Fuck, had he hit her? Well, he could. It had to be cold. Her clothes were flimsy at best. Flashy, but not warm at all. Standing in the middle of the road, all in white?

I could have killed you. It all looks… white. He tried to help her stand, but her legs buckled, so he lifted her in his arms. Out of the whole stupid outfit, that bunny-eared hat was the most sensible piece. Another shoe whore.